SALLY IRWIN, founder of Freedom Hub, speaks to us about her business and school, where she is going and the insights she has obtained on her journey fighting modern day slavery.

Slavery in Australia has many faces: forced labour, servile marriage, organ harvesting, domestic labour and sex workers. Many come to Australia of their own free will with the promise of further education, new skills or work. Many come with higher education, extensive work experience and families back home. Sally set up the Freedom Hub, the cafe-cum-events venue, as the business side of her fight against slavery and as a new money-making model to fund her school which provides long term rehabilitation for slavery survivors in Australia.
Why the butterfly brand?
“When a butterfly flaps its wings on one side of the ocean, it can cause a hurricane on the other side of the ocean. It may take a very long time, but the connection is real.”
We chose the origami butterfly to symbolise the chaos theory: “small change, big effect”. As well as the small changes that each individual can make in their lives to make a difference, there is the physical change, coins in people’s pockets, which they can spend in a positive way.  If enough people do small things to help with the issue of modern day slavery, such as visiting our cafe or being conscious of slavery in the supply chain of goods they purchase, that can culminate into a big effect in the lives of slavery survivors and potential future slaves.
The butterfly is also about transformation. Our survivors go from enslavement to freedom and, with the help of our school, hopefully even more. We want these survivors to work towards whatever real success means to them. This might mean holding down a job as a check-out assistant or at a fastfood counter or for one survivor from Iran, it meant becoming a dental assistant in Sydney. Do you know Australia is a world leader for dentistry? That’s why she originally came to Australia. And now, notwithstanding what has happened in between, she is now going on to achieve her ambitions.

How has the Freedom Hub developed?
“It was a real decision of mine to stop the charity model and become a self-sustaining set-up.”
I set up the Freedom Hub as a way to fund my school for slavery survivors. The Freedom Hub and what we are doing for the slavery issue is definitely becoming more well known and respected in the community. We are now getting survivors coming to us from a variety of rescue agencies including the Salvation Army safe house, Red Cross and child bride agencies.
The school is itself unique. There are lots of organisations lobbying for the modern slavery act or fundraising for government initiatives and overseas charities. There are also organisations which look after survivors’ health, visas and court cases. But no one is bridging the gap between rescuing people from all types of slavery in Australia to getting them back to rebuilding their lives. Many of the survivors are smart, entrepreneurial women. They are courageous, strong and they’re not going to be happy sitting in a corner. They are quite capable of being dentists, doctors and lawyers. But because of what they have been through, survivors aren’t always ready to go into work or take a TAFE course straight away. That is where our school comes in. We tell them they can do it, we get them ready for a job or further study and we support them through that experience. We are a stepping stone helping survivors to look into the future so instead of just filling time, we equip them with the skills and mindset to be successful in their lives, whatever success might mean for them.
I would love to show a clear growth curve of the number of women we are helping each year but I think it’s an achievement just to have maintained the school running at at 20-30 survivors a year while starting a new business and with no government grants. As everyone will tell you, starting a new business diverts so much of your time and energy. It was a real decision of mine to stop the charity model and become a self-sustaining set-up. So my focus has shifted from fundraising and raising money to running the Freedom Hub business and making money.
Freedom Hub is a new business model and it’s still in the proof of concept stage but we have already made major changes. My product and market fit has completely changed. I thought it would just be a cafe selling coffee, toasties and banana bread. Now we are learning to become events people: hiring events professionals, getting new events software and training staff up. We already have weddings, bar mitzvahs and corporate events, including for Facebook and Samsung. I had the artistic director from Facebook New York fly in to see the venue and he loved it – it was very cool. In October, we had 12 events. That’s really great for us. We’re a charity so we have a limited liquor licence, event restrictions such as late finishes and we don’t have the money to hire professional chefs. I’m working on changing these things now. 2017 was all about learning for me as I’m new to hospitality and, with all the developments to come, I am very excited for 2018.

Where do you see this business going?
“I want to give every Australian the opportunity to do something about this crime in our country.”
I’ve worked on the issue of modern slavery for about 9 years. More people need to know about the issue but the reason I’ve built a business model this way is because once you’ve see something, especially like slavery, you can’t unsee it.  We want people to know about this problem which is happening in their own country but then people feel paralysed. So if you’re going to show people these things, you need to give them a possible avenue of response. Of course people should continue to send money to needy countries and organisations overseas but we are important because we are the only ones doing what we do for slavery survivors just within Australian borders.
Phase one was charity, phase two is the cafe and events and phase three will be ethical gifts. Even if it’s just buying a candle, people will be able to take an action once they’ve heard about the issue. I want to give every Australian the opportunity to do something about this crime in our country.
We have also recently decided to provide an Australian High Tea Experiences at the Freedom Hub. Tea, coffee and chocolate have been some of the hardest areas to guarantee produce with no slavery in the supply chain. Even Fairtrade only systematically review 4% of the farms from which their produce comes from to ensure ethical practices. Through the Australia High Tea Experience starting in 2018, we hope to give guests a tea tasting session where we also discuss the supply chain of the teas sampled and provide guests with examples of typical Australian sweet and savoury foods. We recently had guests from AirBnB and Inspiring Rare Birds – they said that they loved it and would definitely recommend it to friends and family, from Australia or abroad!

How do you broach the subject with children?
“I see a world in which every single business will be giving back…the next generation will force them to.”
For primary school age children, we talk about freedom and human rights. When you get to high school, and especially years 10, 11 and 12, they are already pretty aware of the world. Sex trafficking is the most difficult issue to discuss with kids but the media already deals with it through films such as Taken. This means I can spend more time talking about organ harvesting, forced marriage, exploitation through wages and other forms of slavery which, in Australia, makes up a greater proportion of modern slavery.
The response is always tremendous. The kids get very passionate about the cause. They want to hold school fetes, raise money and raise awareness.
That’s another reason I think the “business for purpose” model is the way forward. The increased awareness of these issues does desensitise children but I also see that it makes them want to solve the problems of the world. They don’t just want to be handing out money like many in my generation. Of course we still need people to donate to charities but I don’t believe that is the future. I see a world in which every single business will be giving back. Not because they want to but because the next generation will force them to. All the generations in the future will be looking at how much organisations are giving back, they’ll be weighing up how much positive or negative impact a product has and making their decisions based on the effect it will have on our world, human and otherwise. That is what I am hoping for and working towards. 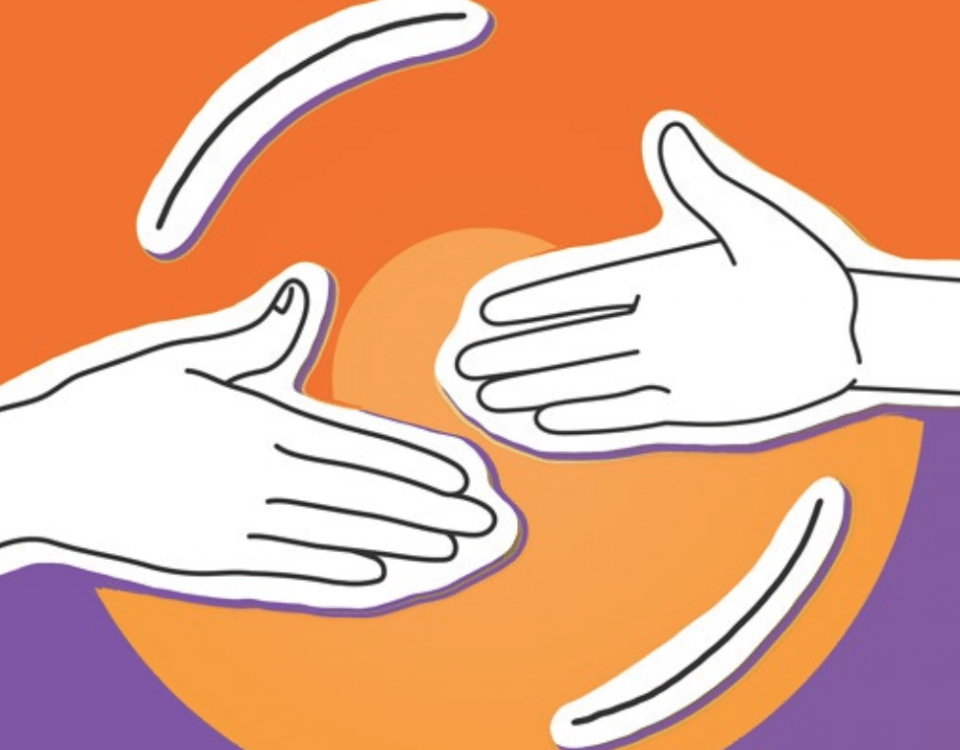 Flying higher for D&I – an invitation and a challenge to Australian business leaders. Make diversity and inclusion real in 2020 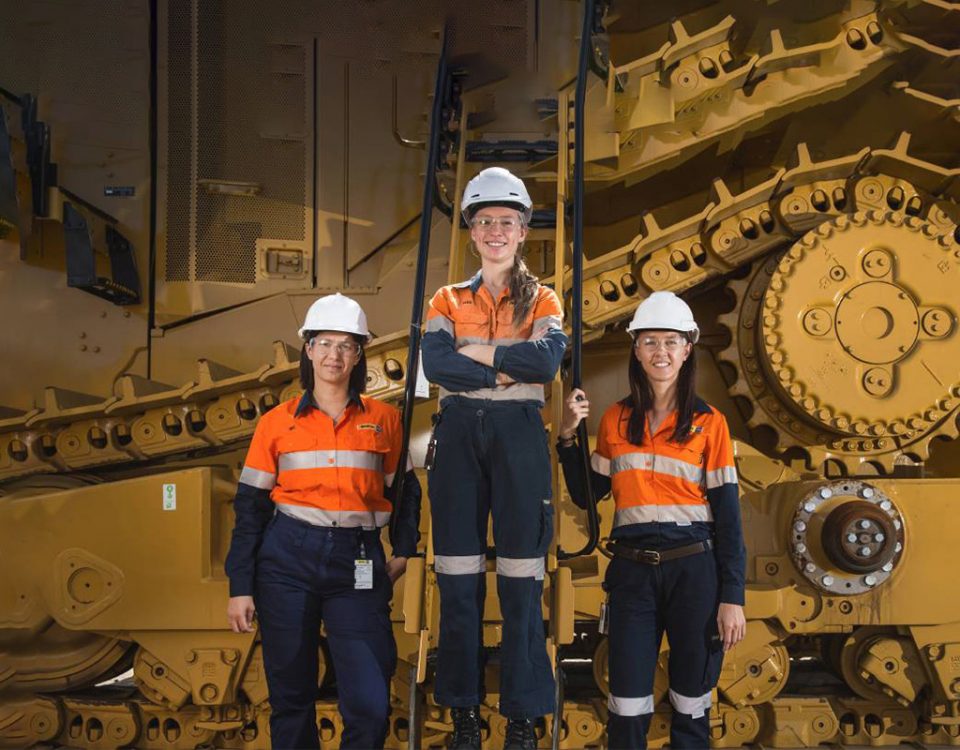